VICTORY: We Repealed the #WalkingWhileTrans Ban 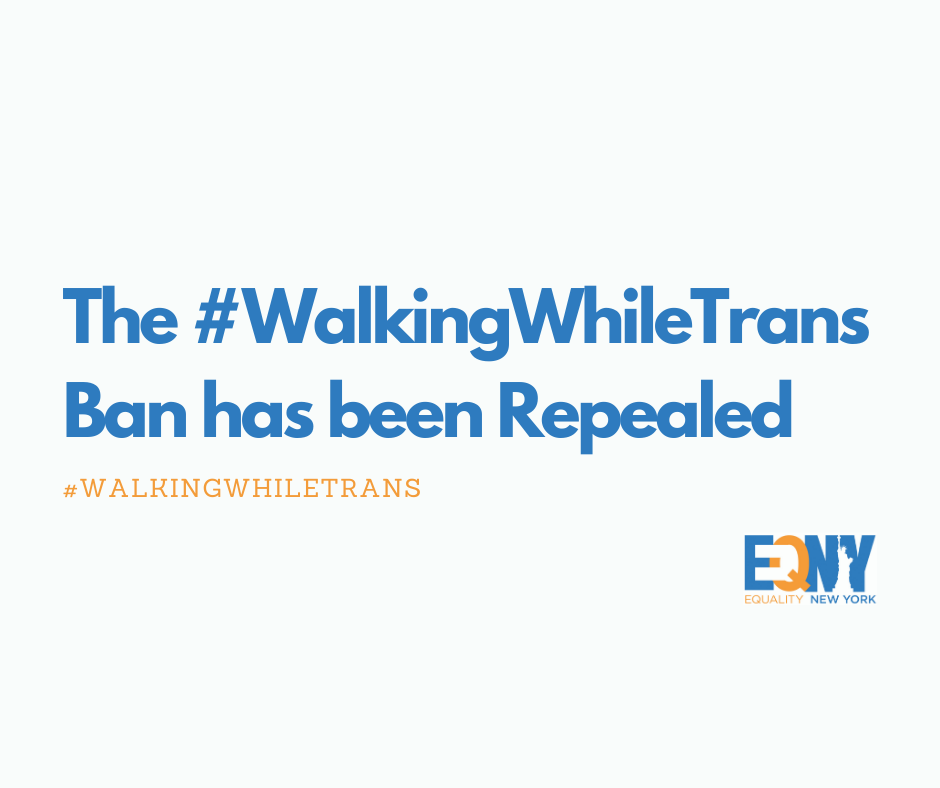 We repealed New York’s archaic, unfairly-applied statute on loitering for the purpose of engaging in prostitution also known as the “Walking While Trans” bill.

This is so important because Transgender women who identify as Black, Indigenous, and People of Color (BIPOC) are disproportionately targeted for arrest because of their identity.

This has made life more dangerous for the TGNC/NB community. After someone is arrested under this penal code they are subject to experiencing horrific forms of violence by police, correction officers and other inmates. We are proud to end this barbaric law which targets our TGNC/NB siblings.

We couldn’t have done this without all the TGNC/NB organizers who continued to tell their stories & mobilize the community. In addtion, with the leadership of Senator Hoylman & Assemblymember Paulin we got it quickly to Cuomo’s desk to be signed into law. Tanya Asapansa-Johnson Walker, Co-Chair Equality New York, was quoted in Governor Cuomo’s press release:

“Governor Cuomo has made LGBTQI history again by signing the repeal of the Walking While Trans bill into law today. His leadership is helping move the Transgender community closer to equality. This groundbreaking legislation will allow Transgender people to live their authentic truth without fear of arrest for doing ordinary things like walking down the street and being themselves.”