The Transgender & Non-Binary Anti-Discrimination Requirements in Schools bill S369 (Hoylman) /A840 (Gottfried) will ensure all TGNCNB students in K-12 education settings will be safer due to the guidelines schools will have to develop.

Transgender, Gender Non-Conforming, and Non-Binary (TGNCNB) students are routinely misgendered and denied accommodations based on their gender identity in educational settings. While some large New York school districts have policies to protect TGNCNB young people, most do not.

In 2020, The Trevor Project conducted a survey representing the experiences of over 40,000 LGBTQ youth ages 13-24 across the United States. Below are some key findings: 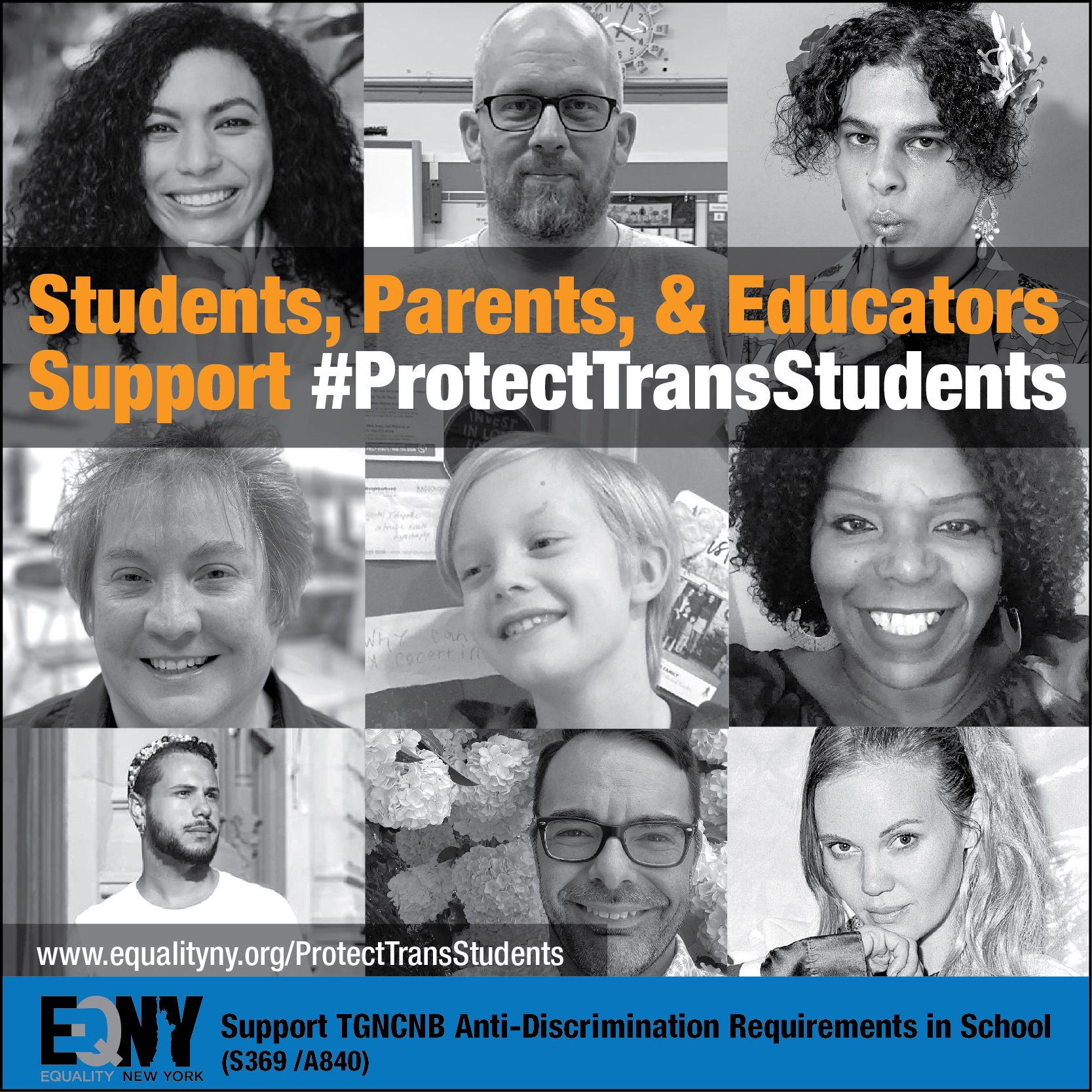 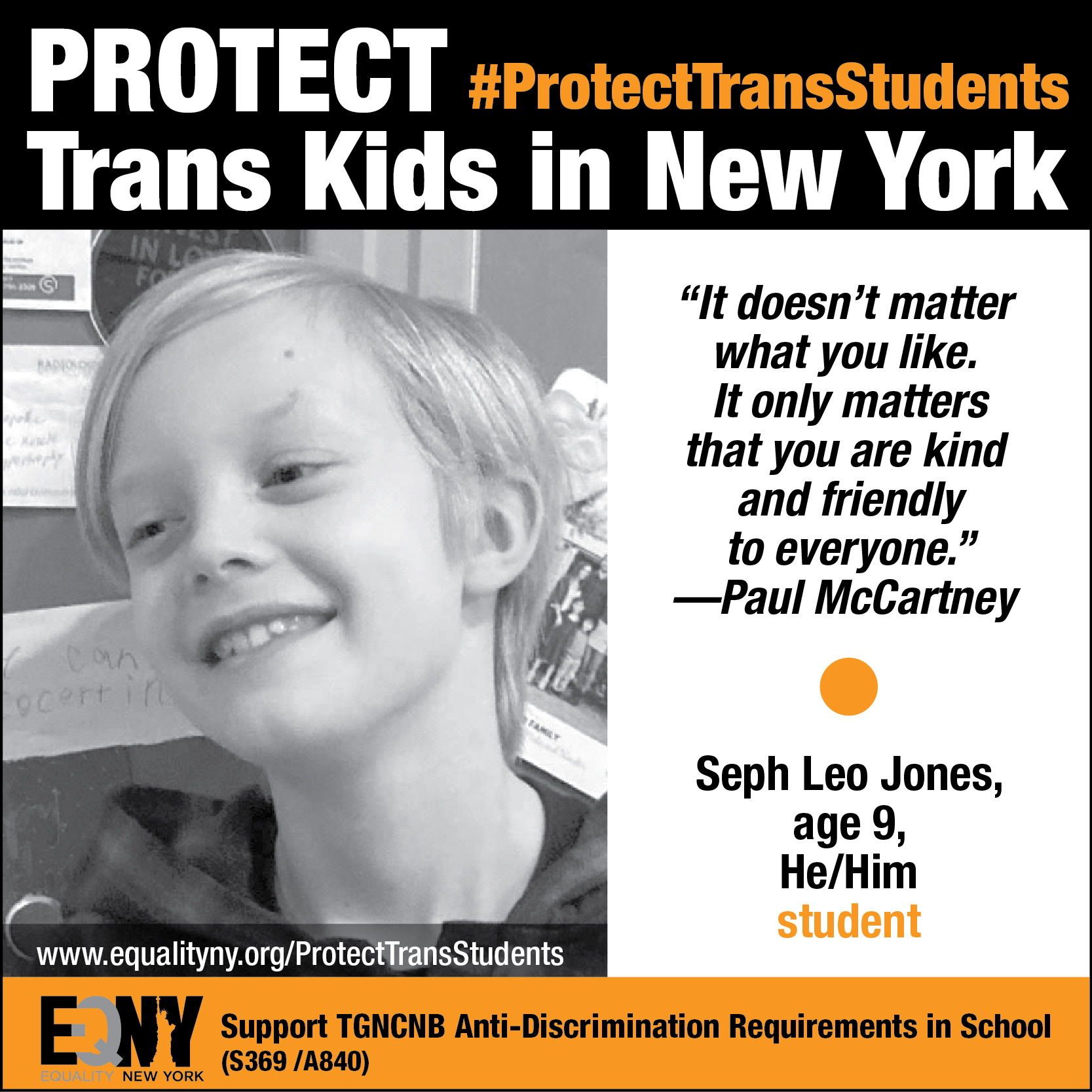 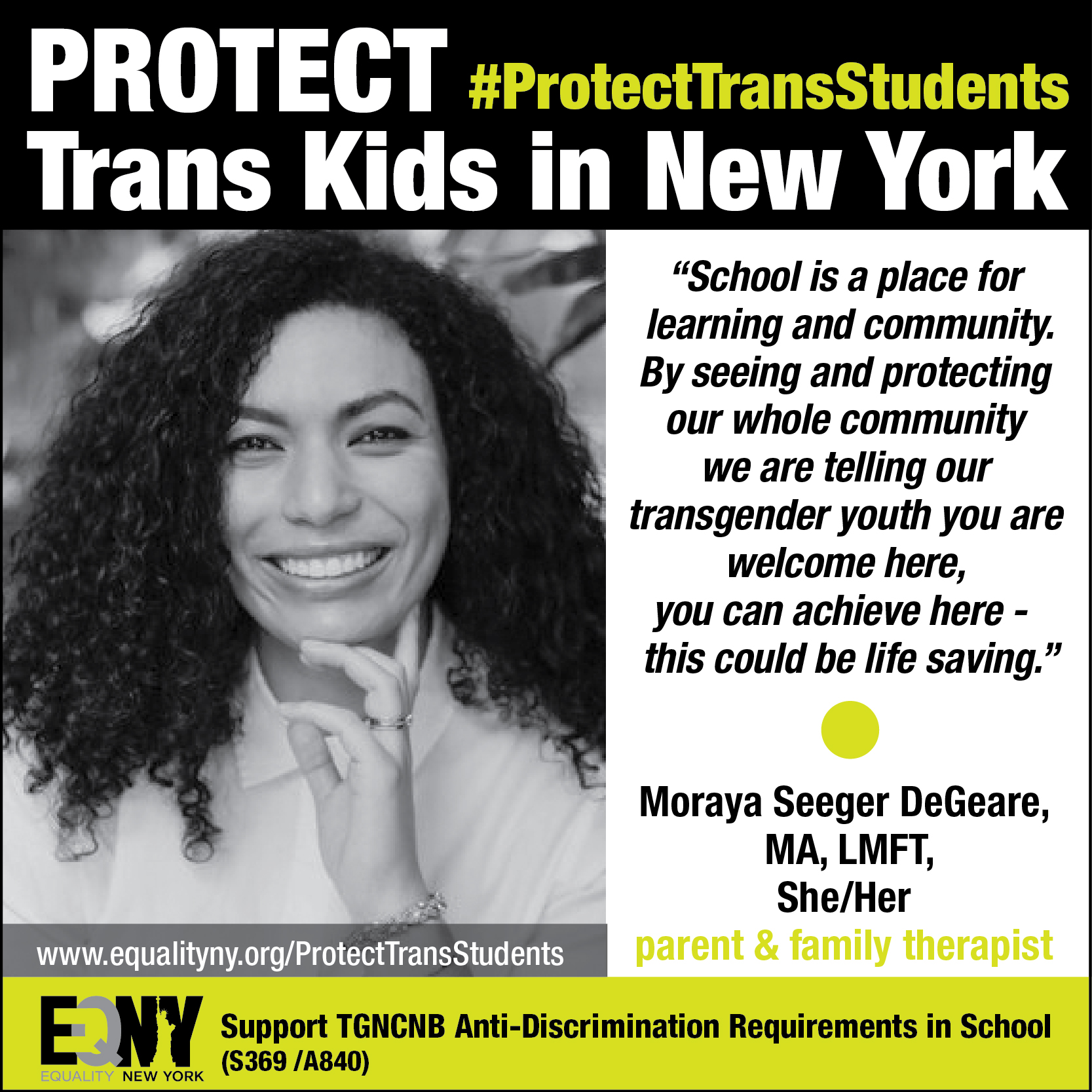 Overall, many respondents, especially those who self-identify as TGNCNB described being afraid to express their identities at school, reported bullying from their peers, and lacked support from adults.

Affirming schools not only help TGNCNB students in their academic performance and social integration but are shown to keep youth safe by decreasing self-harm behaviors, suicide and many other negative personal impacts. Without affirmative support from teachers and counselors, youth are placed high at-risk of suicide. 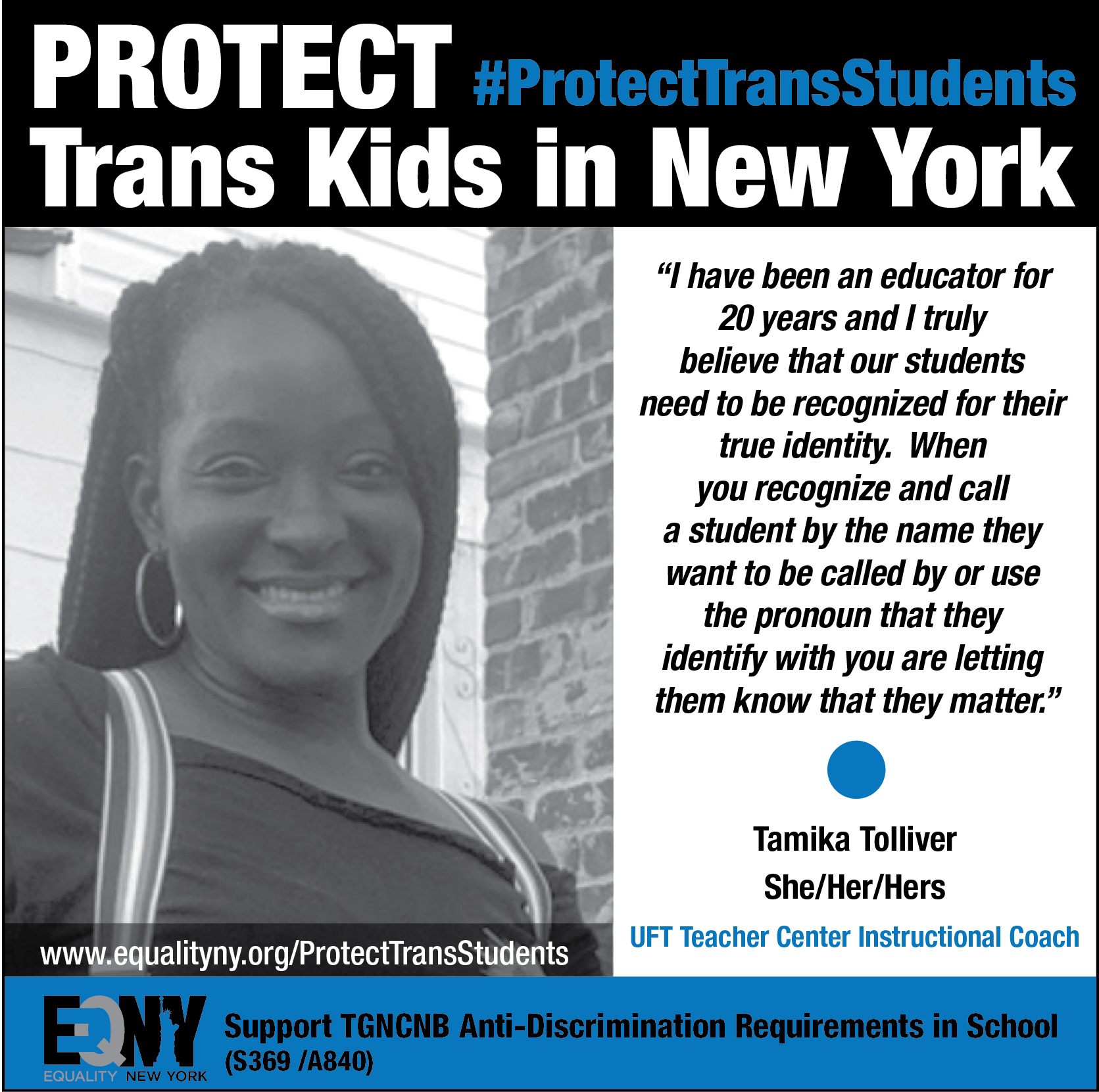 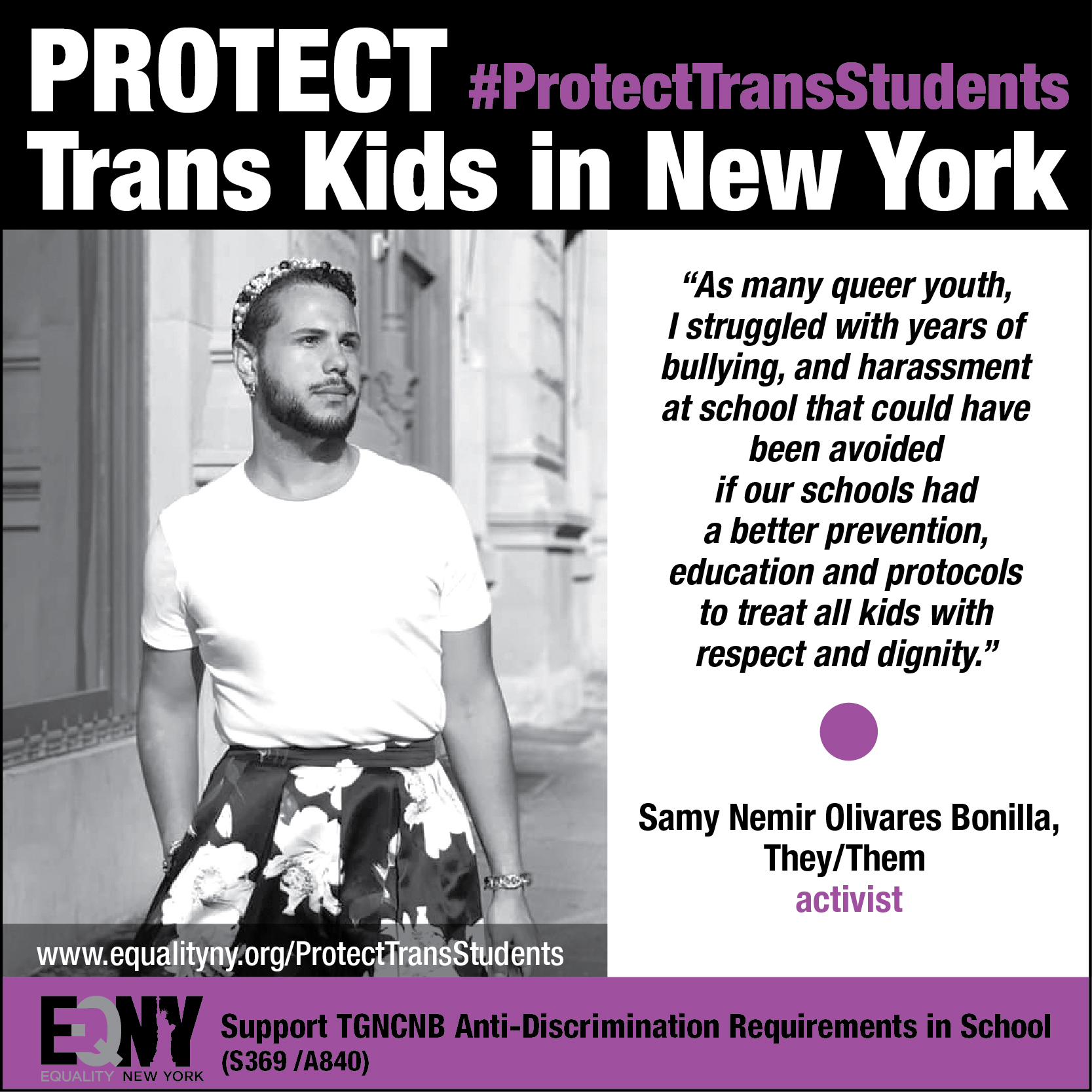 Protecting (TGNCNB) students can not wait. We need to prioritize this legislation this year. We have until June 10, 2021 to bring this bill to the floor for a vote. Please help us by engaging in the action items below.

You can help us create more affirming schools for TGNCNB students through supporting the the passage of S369 (Hoylman) /A840 (Gottfried) TGNCNB Anti-Discrimination Requirements in Schools bill. Please take a moment to support by engaging in one of the following actions.

Use the link below to access an easy to use form that will directly email your legislators to let them know they should support Transgender & Non-Binary Anti-Discrimination Requirements in Schools S369 (Hoylman) /A840 (Gottfried).

You can customize your message and do much more.

SIGN-ON to our organizational support letter

If your organization support the Transgender & Non-Binary Anti-Discrimination Requirements in Schools bill S369 (Hoylman) /A840 (Gottfried) please take a moment to fill out the form below.

Help us send a message to the legislature that this is an important bill to prioritize this session. 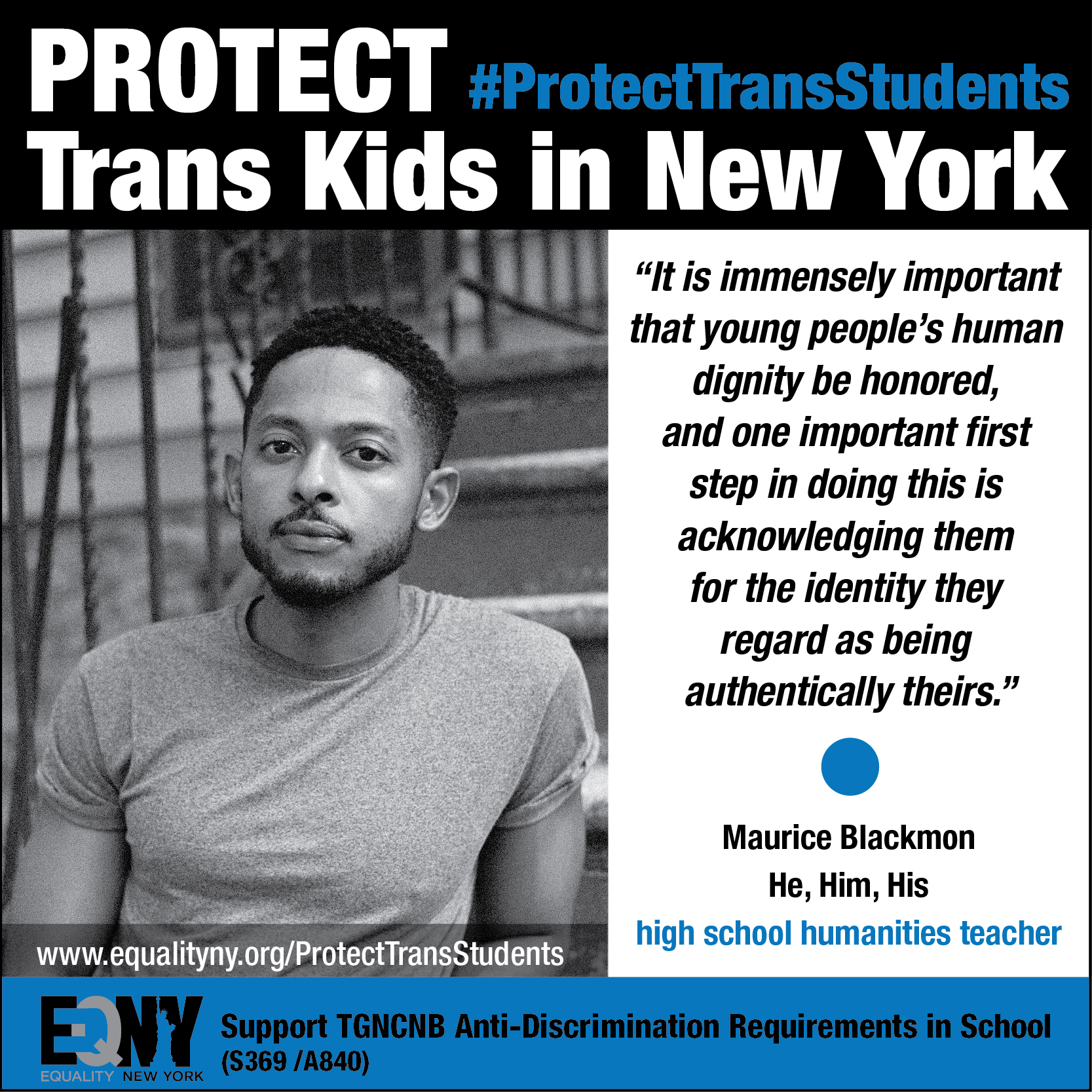 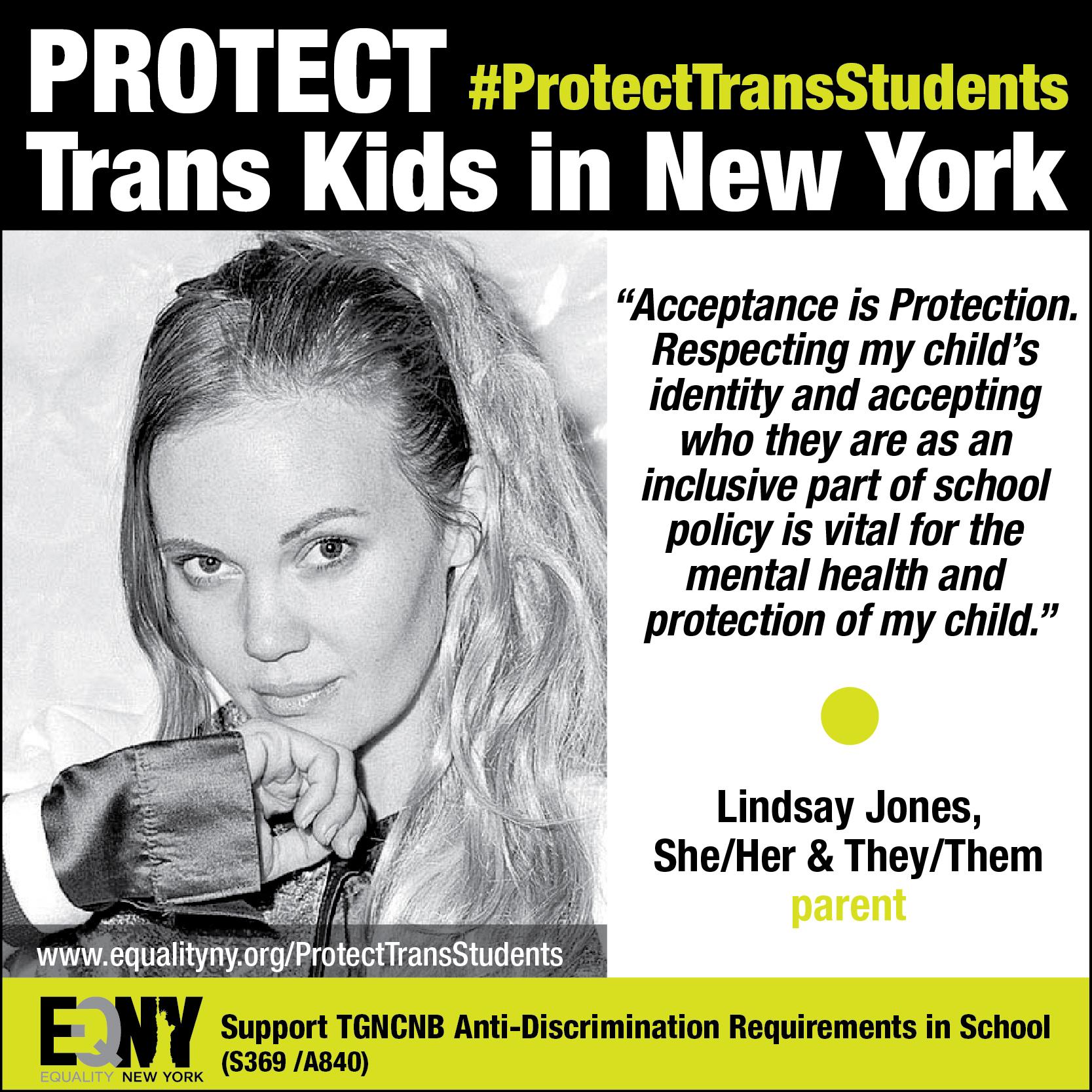 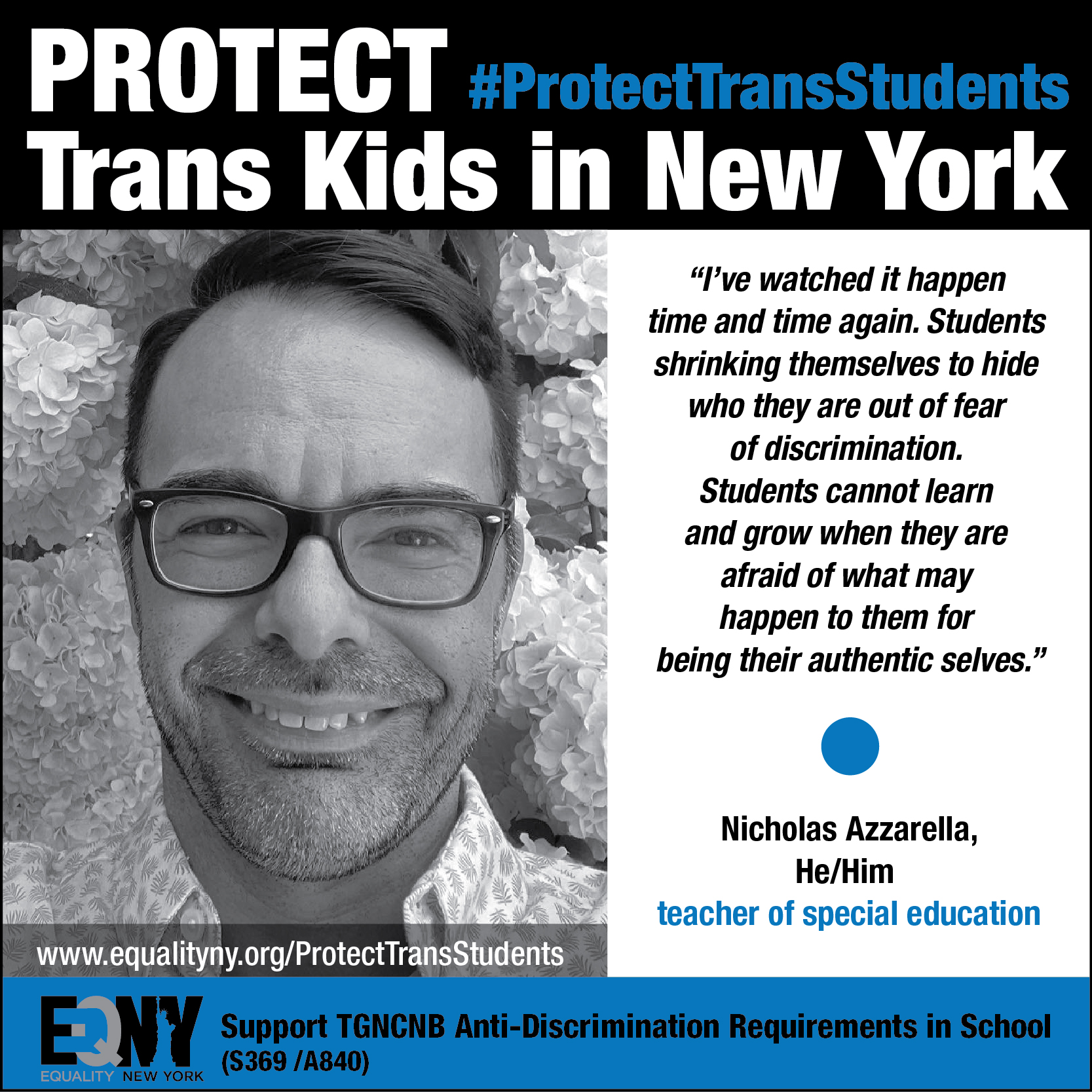 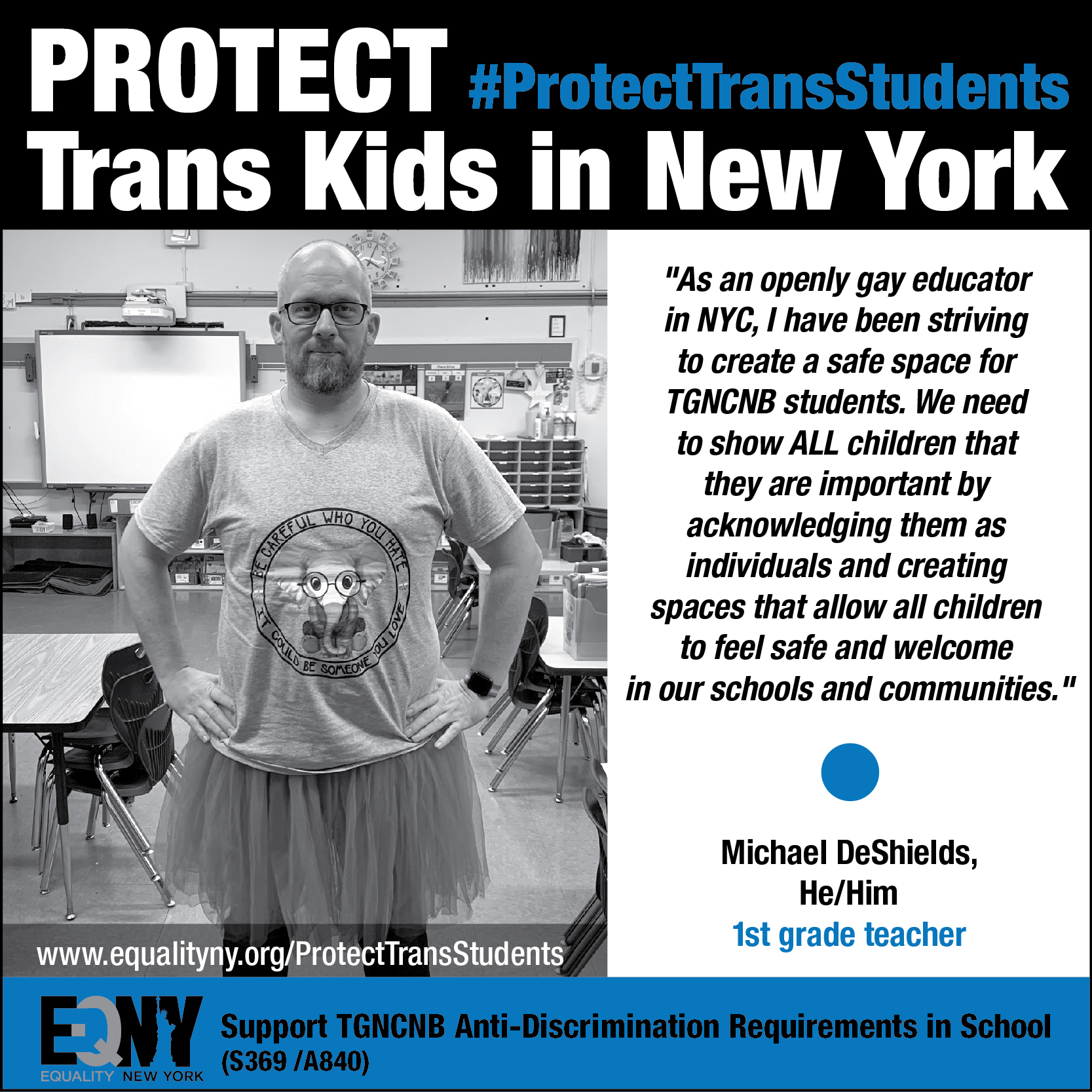 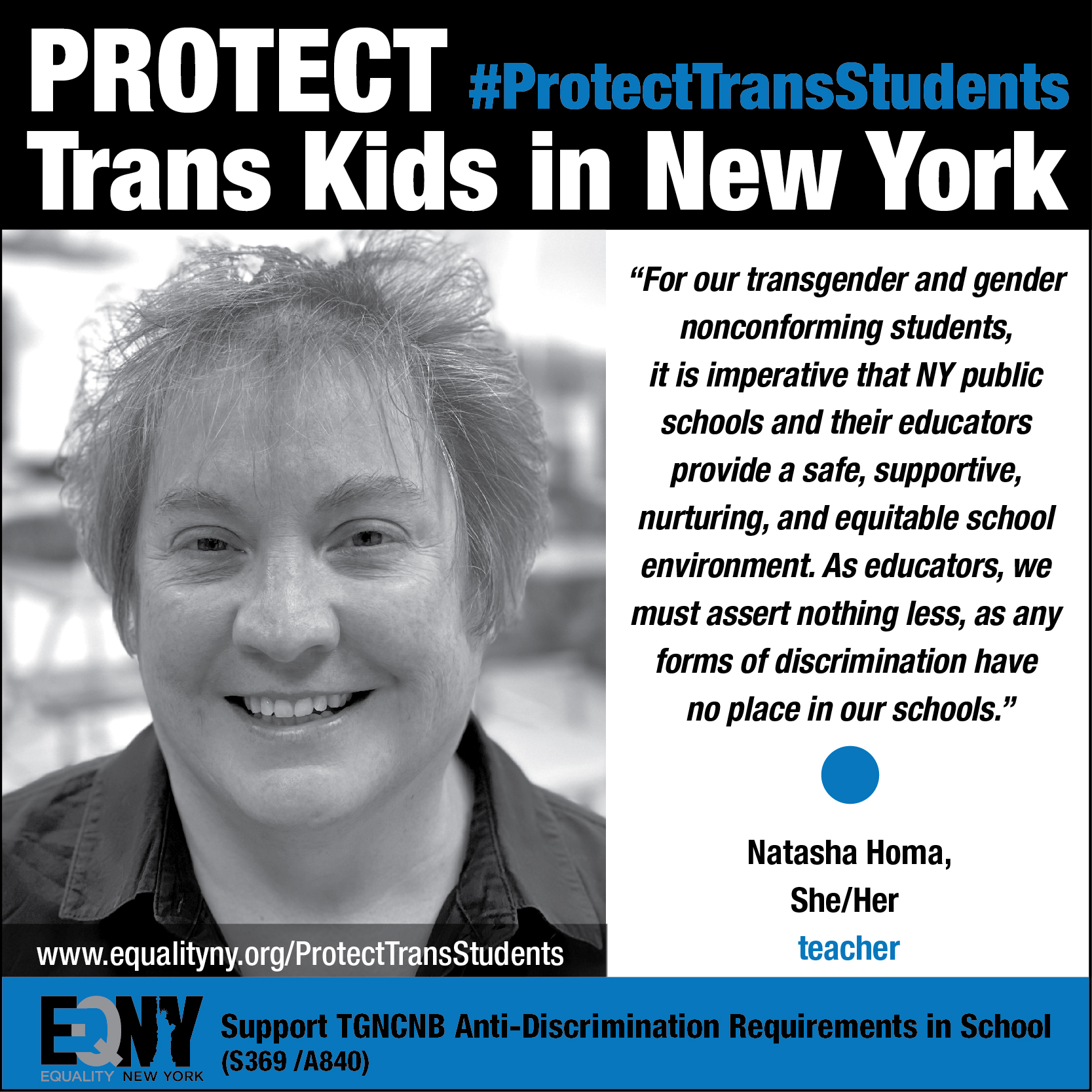 If you would like to take part in our TGNCNB Anti-Discrimination Requirements in Schools Campaign please submit the following information listed below:

to Equality NY via: general@equalityny.org