Pride at 50: Honoring the Stonewall Legacy with Legislative Wins in 2019 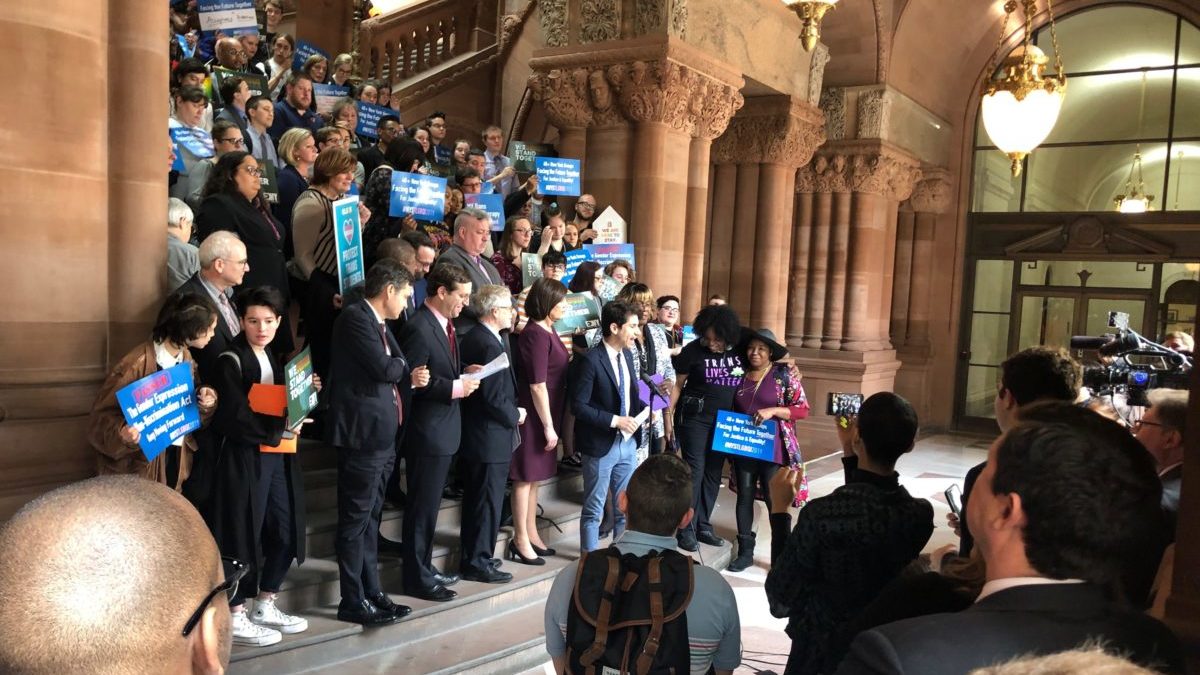 As we mark 50 years since the revolt at Stonewall, we couldn’t be more grateful for all of those New Yorkers who stood up and made history, and all who continue to band together and stand up for justice today.

At the heart of all of the festivities this weekend is the fight for equality and justice, so as you march and celebrate here’s where we are today in New York. The New York legislature’s session ended last Friday – and what a session it was!  Thanks to your voices and support, we saw amazing progress on issues that are important New York’s LGBTQI community.

In addition to progressive reforms like new rent control laws, protections for abortion rights, driver’s licenses for undocumented people, an end to cash bail for most charges, sweeping protections of the right to vote, protections for farm workers, and a package of legislation addressing climate change, our elected officials passed a record number of LGBTQI specific bills including:

Unfortunately, the legislature did not address marijuana legalization and regulation (although decriminalization was expanded and convictions will be expunged), or solitary confinement.  On our LGBTQI agenda, we continue to work with our allies to:

We were not able to bring everything over the finish line this year but your voices were heard. These major pieces of legislation were part of the conversation in Albany and the subject of extensive negotiations and discussions. We will make sure they remain part of the conversation next year.  From now until the next session starts in January, we will be educating law makers and working to build consensus.

Fifty years after Stonewall we are heartened that all of our success is the collective success of over 40 organizations across the state, individual activists, elected officials and others in government. This year’s “wins” belong to all of us and we owe a great deal of gratitude to every person and organization that committed time, money, expertise, and leadership to the issues that make New York worthy of the legacy of Stonewall.

We could not have done this without your support. You came to Albany to meet with your elected officials. You called and emailed your senators and assembly members. Most importantly, you worked to elect a fair-minded legislature that would address the concerns of our community after too many years of stalemate and inaction.

Join EQNY and help the effort to ensure the next 50 years continue to honor the legacy of Stonewall.