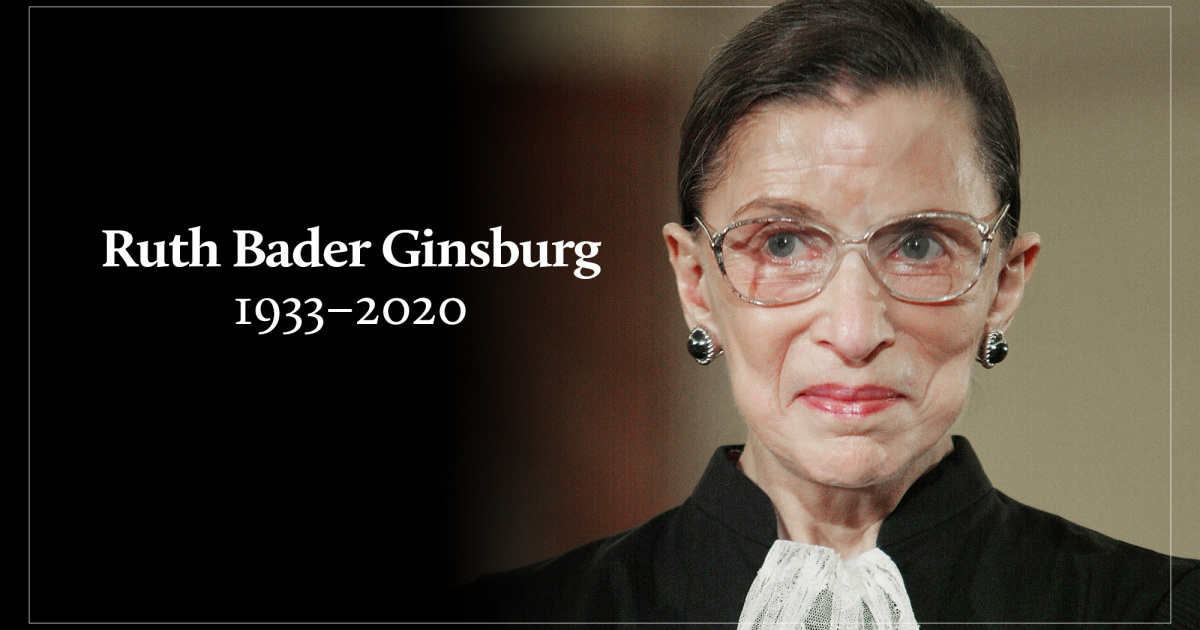 On Friday evening we were saddened by the news of U.S. Supreme Court Justice Ruth Bader Ginsburg’s passing.  Justice Ginsburg leaves a remarkable legacy.  A native Brooklynite, she was the first woman to be a tenured professor at Columbia University’s law school.  She co-founded the ACLU’s Women’s Rights Project in 1972.  In a string of remarkable victories, she persuaded the Supreme Court to recognize that the Equal Protection guarantee in the 14th Amendment to the Constitution included the requirement that men and women be treated equally under the law.

She was appointed to the Court of Appeals for the D.C. Circuit in 1980 by President Carter and elevated to the Supreme Court by President Clinton in 1993.  She was confirmed by a vote of 96 to 3, which is unheard of in today’s modern era.  Justice Ginsburg was only the second woman to be appointed to the Supreme Court and between the retirement of Justice Sandra Day O’Connor and the confirmation of Justice Sonia Sotomayor she was the only woman on the Court.

While she is known for authoring majority opinions such as United States v. Virginia, (the Virginia Military Institute case), which heightened the scrutiny applied to sex-based discrimination cases, she may be more known for some of her fiery dissents in high profile cases involving abortion rights, sex-based employment discrimination, and voting rights.  Justice Ginsburg consistently joined majorities in the Supreme Court’s cases on LGBTQ issues such as abolition of sodomy laws, marriage equality, and employment discrimination.

Equality New York joins the chorus of voices mourning her passing and celebrating her life and legacy.  We also ask Senate Majority Leader McConnell to adhere to the standard that he set in 2016 and not move forward with the confirmation of a new justice until a new president is inaugurated in January of 2021.