NYS 2021 Budget: What Does this Mean for the LGBTQI Community? 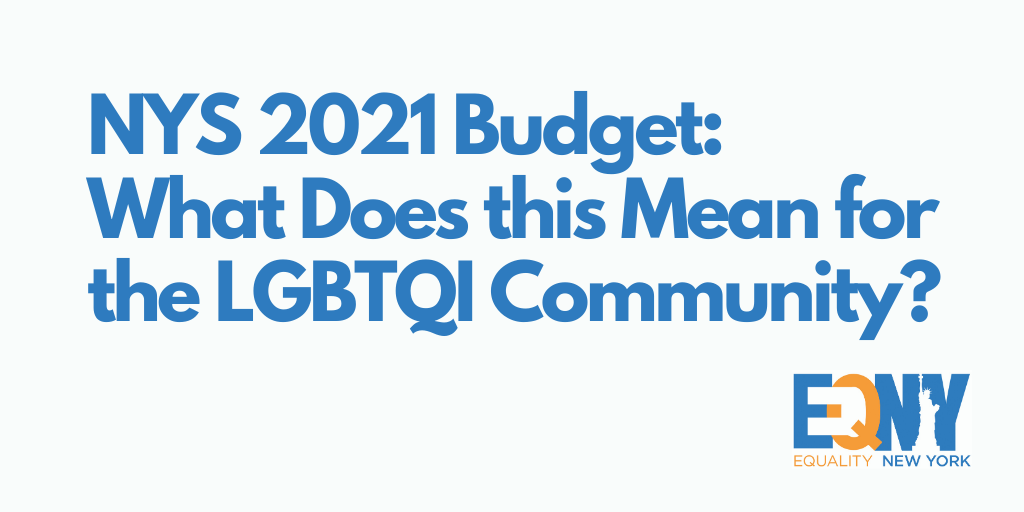 New York, NY: Governor Andrew Cuomo and our NYS Democratic majority have officially passed the 2021 budget. This year, thousands of activists fought to achieve a budget that advances equality and justice for LGBTQI New Yorkers. We thank all of our members and partners for working tirelessly to bring awareness to the needs and protections our community deserved. Below is a recap of the budget and next steps:

We celebrate a big win for family building! Thanks to the leadership of Governor Cuomo, Senator Brad Hoylman and Assemblymember Amy Paulin the Child-Parent Security Act (CPSA) was included and will bring New York’s family formation laws into the 21st century.

This bill legalizes gestational surrogacy agreements and eliminates intrusive and expensive requirements for second-parent adoptions for families who conceive with a known or anonymous sperm donor. This bill provides protections that go above and beyond protections found in the law of any other state, including a “Surrogate’s Bill of Rights” that provides for health insurance, life insurance, an independent lawyer, and an absolute right to autonomy in health care decision making for the surrogate.

It is important to remember, that the fight it not over. We have the rest of the 2020 session to work with leadership in the Assembly and State Senate to push through additional policies and protections.

We urge you to join us and dozens of NYS organizations for the 2020 NYS LGBTQI Virtual Day of Action on May 7, 2020. Registration opens and programming will be announced on Monday. Sign up for our mailing list for live updates.

Equality New York (EQNY) is a state-wide advocacy organization working to advance equality and justice for LGBTQI New Yorkers and their families. Equality NY Fund is a non-profit organization that organizes and educates LGBTQI people, their allies, and their community and political leaders. Equality NY PAC is a political action committee dedicated to supporting candidates for public office in New York State who are committed to the civil rights and needs of the LGBTQI community.