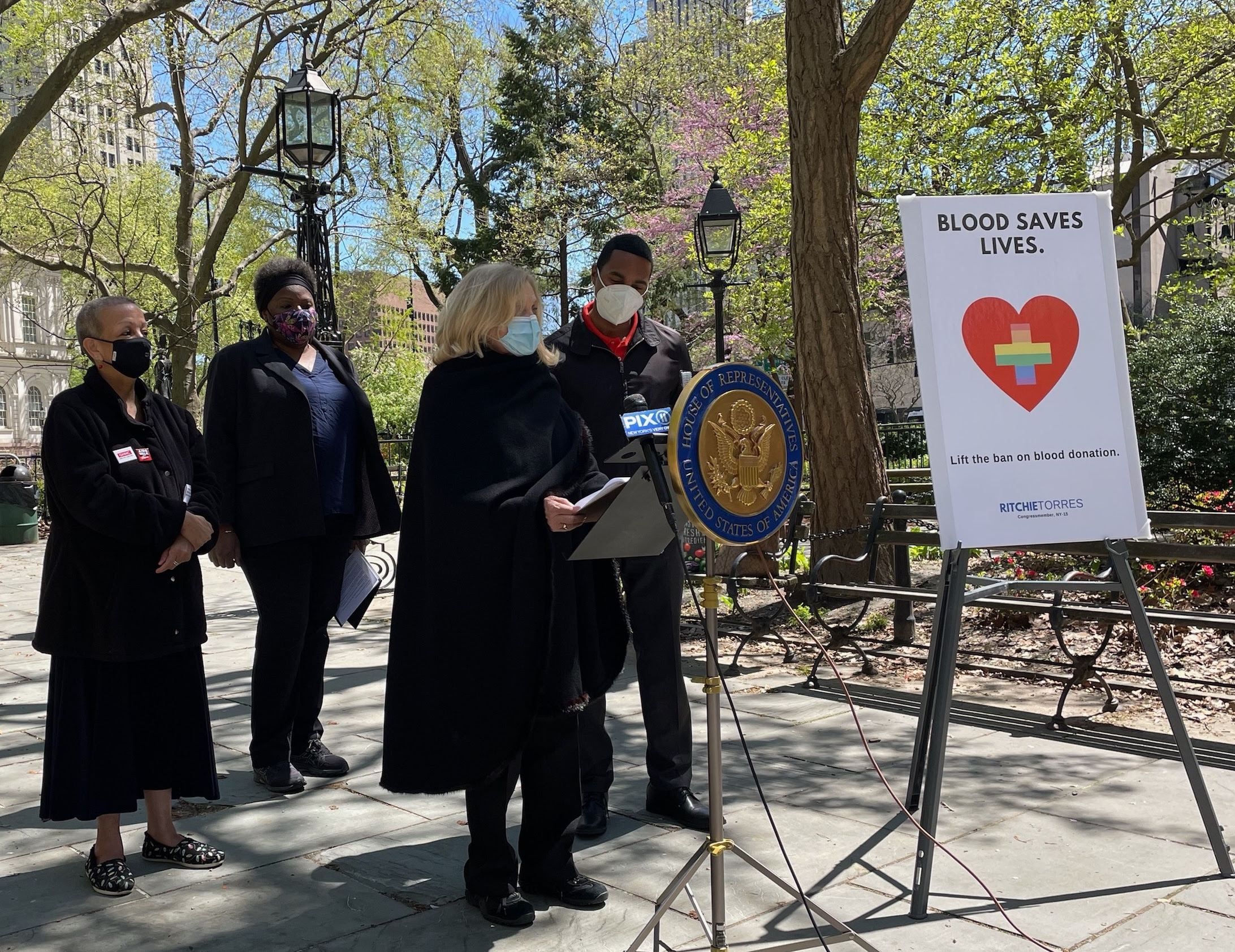 Yesterday, Equality New York’s Co-Chair Tanya Asapansa-Johnson Walker joined Rep. Ritchie Torres, Rep. Carolyn Maloney, and other LGBTQI organizations at a press conference to support a new resolution that would end the current ban on blood donations from men who have sex with men. The current blood donation policies continue to stigmatize and discriminate against the LGBTQI community. “I lived through the 1980s and witnessed the devastation and loss of life due stigma. I remember the AIDS crisis that tore through Gay and straight communities. That was 40 years ago and now science has improved. Everyone’s blood is screened for diseases making it safe for gay men and men who sleep with men to donate their blood just like others do” said Tanya Asapansa-Johnson Walker.

We have been calling on the FDA again and again to change their discriminatory process for many years. We commend Rep. Carolyn Maloney and Rep. Richie Torres for their leadership on this much needed resolution .

The FDA’s current guidelines continue to further stigmatize our community. Gay and Bisexual men have been discriminated against and often experience shame when attempting to or when they are giving blood. We all know that HIV/AIDS and other blood related disorders are not exclusive to gay and bisexual men. The science has proved that.  It’s time for this targeted discrimination to end. We are demanding that the federal government adopt science-based health policies.

Above: Tanya demanding that we end the blood ban and asking the federal government to adopt science-based health policies. See her remarks by clicking the orange button below.