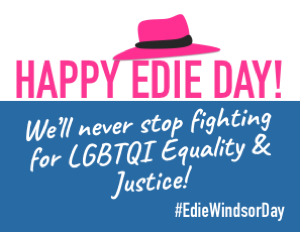 To celebrate Edie Windsor Day on June 20th, download this PDF, print it out, and post a picture of you, your family, or your team with it. Use #EdieWindsorDay and tell the world about your commitment to LGBTQI equality and justice! (Or download this image to post directly to social media.)

On May 8th, 2018 The New York State Senate and Assembly passed resolutions honoring the life of Edie Windsor, and Alphonso David presented Judith Kasen-Windsor with a citation on behalf of the Governor.

Edie was a beloved figure in the LGBTQI community who rose to fame when she sued the United States after her wife, Thea Spier, passed away and their estate was taxed as though they weren’t married. That lawsuit, brought by Roberta Kaplan, went all the way to the Supreme Court and the result was the end of the portion of the Defense of Marriage Act (DOMA) that forbade the Federal Government from recognizing same sex marriages.

Not everyone knows, but Edie was a lifelong leader in the community, supporting and playing an active role in LGBTQI organizations throughout New York City. Even after winning her case at the Supreme Court, Edie used all of her energy and resources to support LGBTQI organizations, and specifically LGBTQI youth. Her involvement, with her surviving widow Judith Kasen-Windsor, in organizations like Callen-Lorde, Hetrick-Martin Institute, The LGBTQ Community Center in NYC, and continued dedication to Sage, saw her regularly working with staff and volunteers to bring attention to their causes and raise financial support.

To honor that legacy we celebrate Edie Windsor Day on her birthday, June 20th, by committing to continue the fight for LGBTQI Equality, Equity, and Justice. Like Edie, we seek to love, support, protect, and fight for all LGBTQI people. And like Edie, we will not rest after our wins, but continue on with energy and dedication. 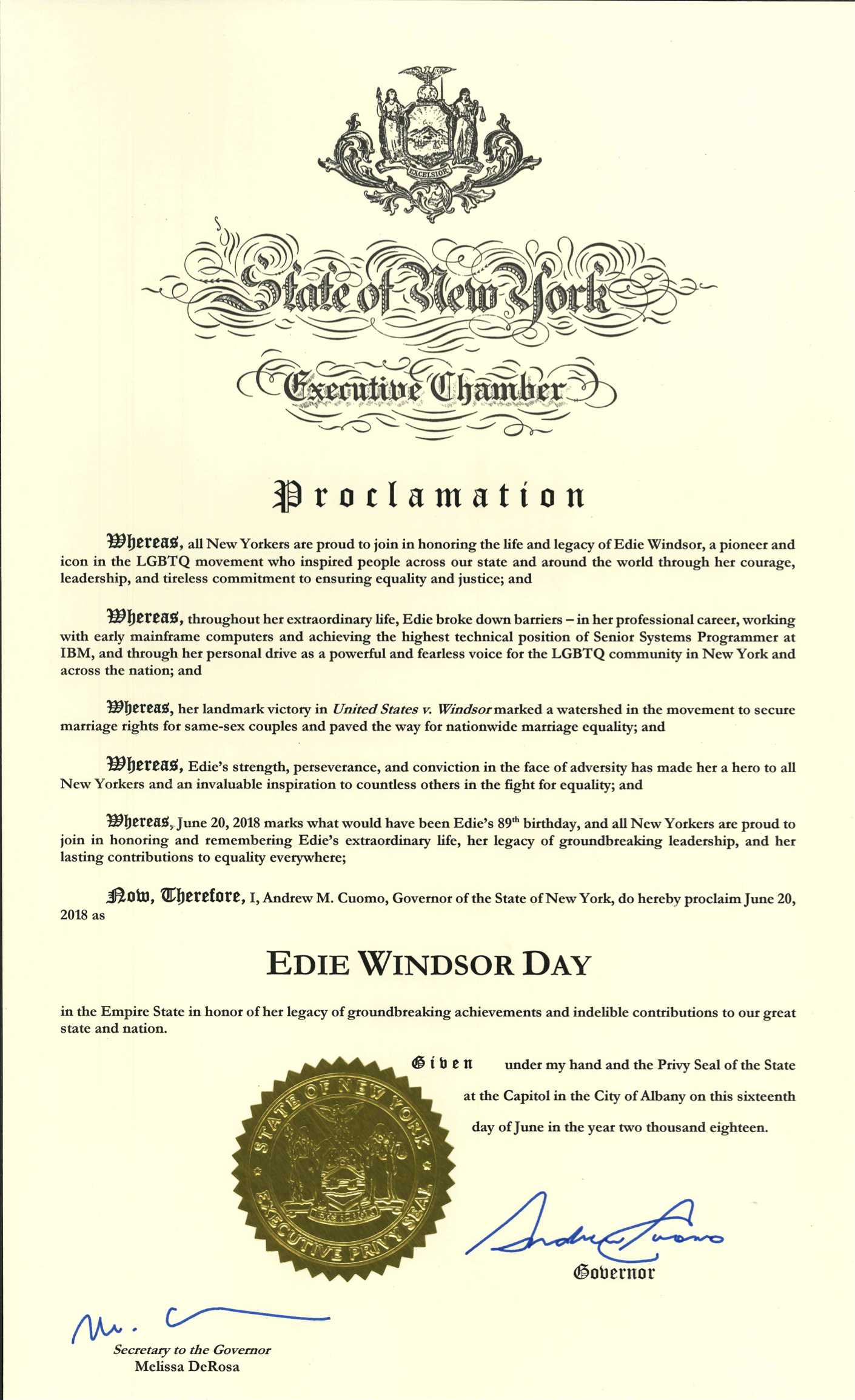