Board of Directors & Staff

Amanda has been working in the social sector for the last 10 years, focusing  on leading impactful campaigns and programs using an equity lens. She has been committed to improving policies and programs that will impact communities and believe that accomplishing this goal is dependent on developing strong research findings, transferring knowledge, and shaping sound policies.

Amanda joined Equality New York after being the Director of Policy & Programs at the New York Transgender Advocacy Group (NYTAG). At NYTAG, she led advocacy and organizing programs, a state-wide coalition, and a gender diversity know your rights curriculum development. During her time there, the coalition assisted in passing 4 landmark pieces of legislation that helped us move towards our goal of creating a more equitable state for all LGBTQI New Yorkers.

Prior to her role at NYTAG, she worked as the Director of Evaluate for Change, a small firm that trains organizations, foundations, and governmental social programs to use data and evaluation in their practice - building the capacity of the social sector from within. She came to Evaluate for Change after working for years evaluating large city-wide pilot programs with Columbia University and City University of New York.

Amanda has a Master's in Social Work and Public Policy from Columbia University. She lives in New York City. 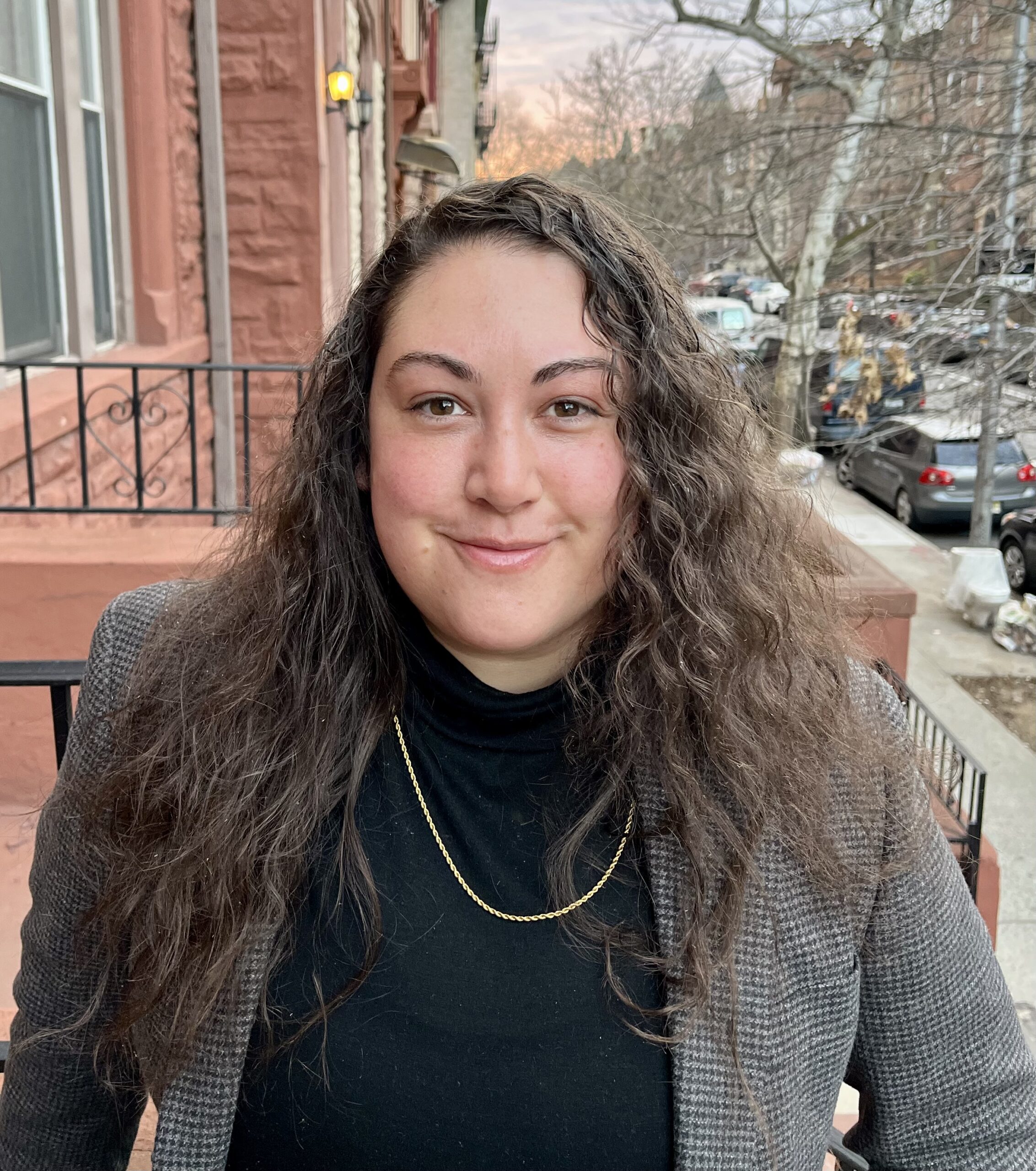 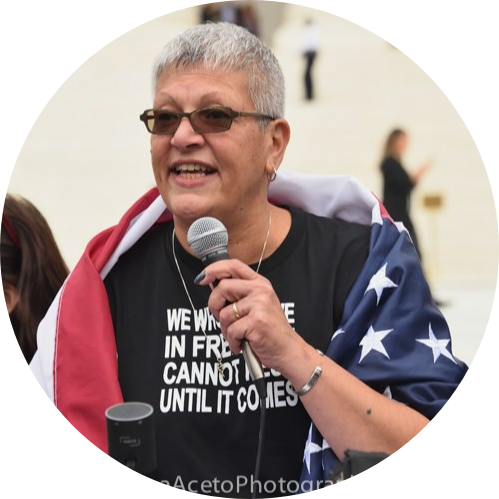 Cathy spent many years as a Buddy in the Gay Men's Health Crisis (GMHC) Buddy Program visiting people afflicted with HIV/AIDS and assisting them with daily chores, advocacy and information.

Cathy lives with her wife, Sheila and daughter Jacqueline. Sheila and Cathy have been together 25 years.  The family lives in Queens, New York. Tanya is a U.S Army Veteran and the co-founder of New York Transgender Advocacy Group (NYTAG). She currently facilitates the Transgender Women’s Group at SAGE, in their Midtown Manhattan location. Tanya fought for the expansion of LGBTQ rights in New York both working on campaigns focused on passing SONDA & GENDA. She lobbied the Assembly and Senate in Albany for 17 years, helping get gender identity added to existing human rights legislation through GENDA. Tanya helped create the Transgender Transitional Housing Program (TTHP) at Housing Works and helped to develop program protocols which included affirming documentation, life skills, and holding cultural sensitivity competency trainings for both staff and clients.

Tanya is proud member of NYC Metropolis Council with A Wider Bridge a Jewish American LGBT organization. She has been awarded the Legacy of Life Award by New York City Councilman Richie Torres; Woman of Distinction from the New York State Senate Senator Brian Benjamin, the Marsha P. Johnson award, and many more awards. 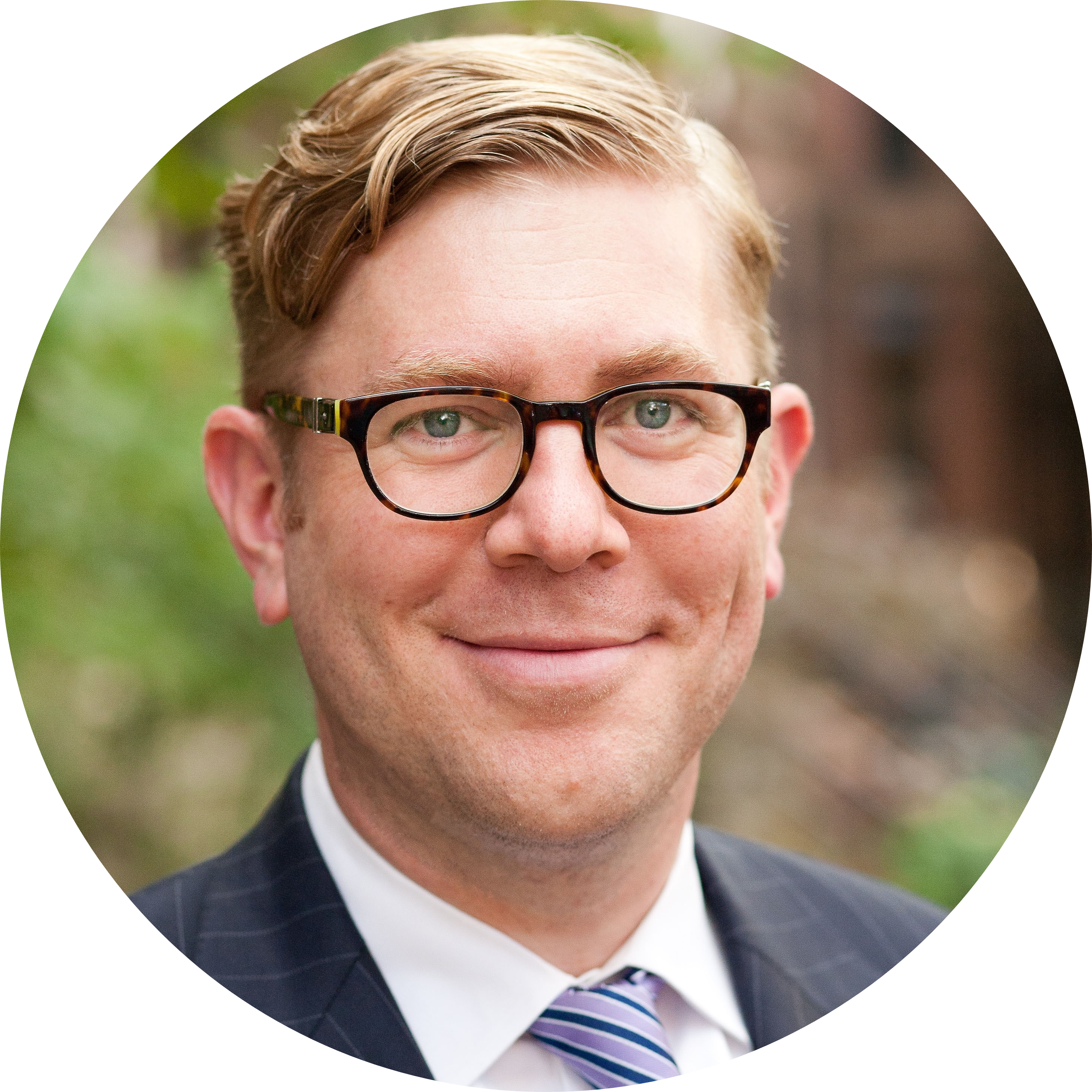 Brian Esser is a lawyer with a solo practice focusing on building families through adoption, surrogacy, and assisted reproductive technology.  He regularly works with clients pursuing private placement adoption, as well as families securing the parental rights of a non-biological parent through a second-parent adoption.  He also counsels families on sperm donor agreements, and other aspects of assisted reproductive technology.

Brian has served on the board of directors of the National LGBT Bar Foundation and served two terms as the board’s president.  He is a fellow of the Academy of Adoption and Assisted Reproduction Attorneys, a member of New York Attorneys for Adoption and Family Formation, and a member of the American Bar Association’s Family Law Section Committees on Adoption and Assisted Reproductive Technology.  He has been recognized by his peers as a Super Lawyers Rising Star and one of the Top LGBT Lawyers under 40 by the National LGBT Bar Association.

He and his husband Kevin live in Park Slope, Brooklyn and have two sons through open adoption.

Victoria M. Rodríguez-Roldán is the Senior Policy Manager for AIDS United, where she brings her own unique intersectional specialties to the fight against the HIV epidemic. Particular areas of expertise and focus are the intersections of issues affecting people living at the intersections of transgender identity, disability and mental illness from a social justice lens. She frequently speaks on discrimination issues impacting the trans and disability communities. She has been profiled in multiple national media outlets and has been published in multiple academic outlets. Prior to joining AIDS United, she was senior policy counsel at the National LGBTQ Task Force where she led the Trans/GNC Justice Project and the Disability Justice Project. She currently serves in the board of directors of HIPS, an organization dedicated to harm reduction for sex work and drug use in the District of Columbia and of Equality New York, New York State’s leading LGBTQ equality organization. Victoria holds a B.A. in psychology with honors from the University of Puerto Rico, and a J.D. from the University of Maine School of Law. She lives in the Washington, DC area. 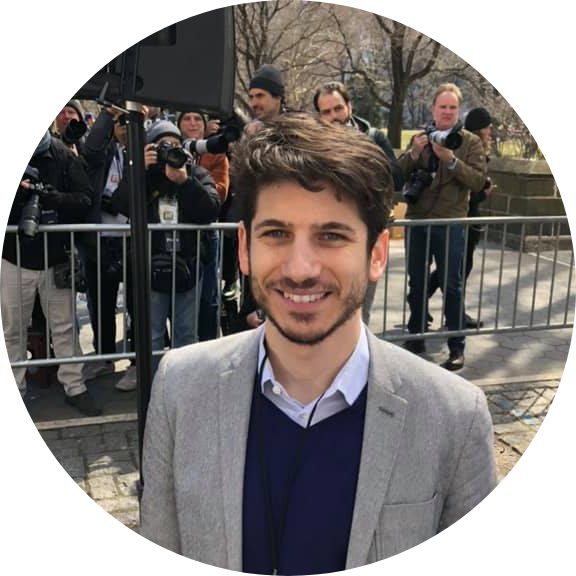 Gabriel Blau is a nationally acclaimed advocate for LGBTQ families and their communities. For more than 15 years his work has focused on LGBTQ rights, faith, and equality. He served as the Executive Director of Family Equality Council where he and his team pursued a strategy to reframe the very notion of family values through policy, community engagement, and public education to expand the national conversation about children, parents, and what it means to support families in America.

He has been called “A Dad fighting for all dads” and has represented these issues on television, in newspapers, and in front of legislators. In 1998 he founded the God & Sexuality Conference at Bard College where he and his colleagues gathered scholars to write and present on religion, sexuality, and gender. He is currently a member of the board of advisors of the LGBT Religious Archives Network.

He was named one of The Advocate’s 40 Under 40 in 2014, and honored by the Stonewall Democratic Club of New York City. He lives with his husband and their son in New York. Lacking a deep inclination for a linear life, Teri Wilhelm is a musician, a studio and teaching artist, a Mathematics instructor and has been drawn to activism.  For nearly a decade she had been a Union advocate for New York State’s Security Unit Employees and continues to actively support labor and strikeline coalitions.

Shortly after retirement and making a gender transition, she began to write and lecture on being transgender and issues affecting the transgender community, as well as helping to build coalitions pressing for the passage of New York’s GENDA legislation.  Teri is a devoted advocate for LBGTQI youth and health related issues and formerly a long serving co-chair for GLSEN Upstate NY.  Besides serving on the Board of Directors for Equality New York, Teri also serves on the Board of Directors for the Albany based Rainbow Access Initiative and the Gender Wellness Center of Oneonta Committee Research Advisory Board.

Teri is currently the Transgender/Gender Non-Conforming Community Advocate with the Albany Damien Center, MPower Program and a Mathematics Instructor for SUNY Adirondack College.  Her efforts with the Albany Damien Center include: assisting TGNCNB individuals with locating affirming employers and removing barriers to one’s better, full potential and making it possible for workplace transitions.  She spends much of her time meeting, consulting and training community business leaders, mental health providers as well as the NYS Department of Labor.   Her efforts extended to the TGNCNB community within the eleven county area surrounding Albany New York.  She is an alumna of SUNY Adirondack College, UAlbany and Castleton University. 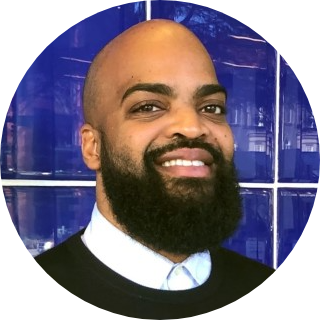 Jason Starr has over a decade of experience as an attorney, educator, organizer, and innovator in civil rights and social justice policy. Currently, Jason is the inaugural Director of Litigation at the Human Rights Campaign, the nation's largest LGBTQ civil rights organization, where he is building a strategic hub for collaborative pro-bono impact litigation in partnership with private law firms and grassroots legal activists. He currently litigates impact cases involving intersectional discrimination in state and federal courts. Formerly, Jason served as counsel for civil rights in the administration of Governor Andrew Cuomo where he managed legal, policy, and budgetary affairs for a broad portfolio of issues including criminal justice, clemency, democracy protection, immigration, and housing. Jason was also counsel to both the Governor's Task Force on Reentry and Community Reintegration and Joint Task Force on Worker Exploitation and Employee Misclassification. 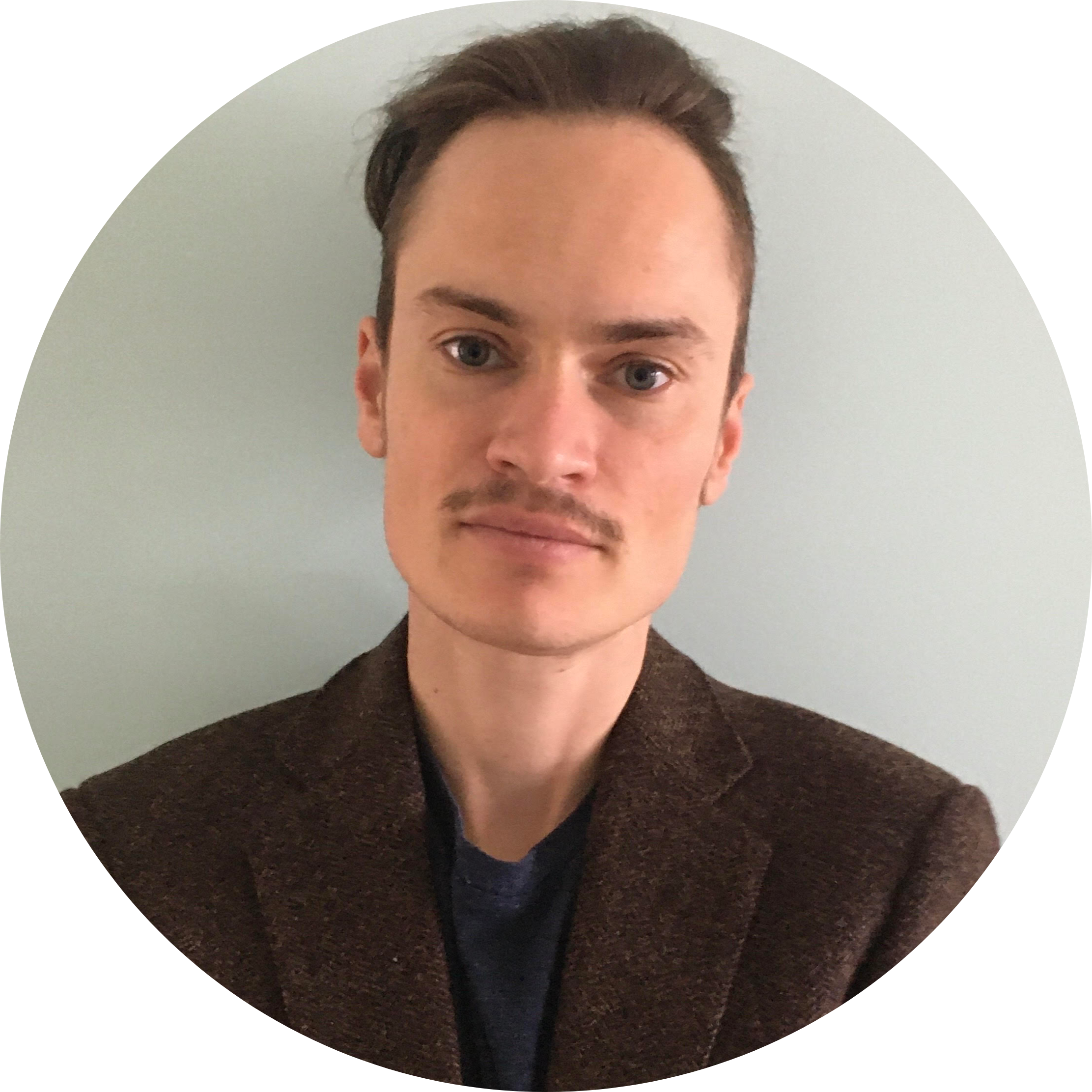 Ezra Cukor is a civil rights attorney committed to enforcing and expanding civil rights protections. As a staff attorney at the Center for Reproductive Rights, Cukor litigates constitutional cases to protect access to abortion and other reproductive health care. As a staff and then supervising attorney at the New York City Commission on Human Rights Cukor spearheaded policy and enforcement initiatives designed to expand civil rights protections for New York City’s diverse communities with a focus on gender discrimination, including discrimination against LGBTQ people. Previously, Cukor represented low-income LGBTQ New Yorkers in employment, housing, and name change matters as a staff attorney in the LGBTQ Law Project at New York Legal Assistance Group. Cukor is active in the New York City Bar Association & is a member of the board of directors of the National Trans Bar Association. The National LGBT Bar Association recognized Cukor as one of the top LGBTQ Lawyers Under 40. 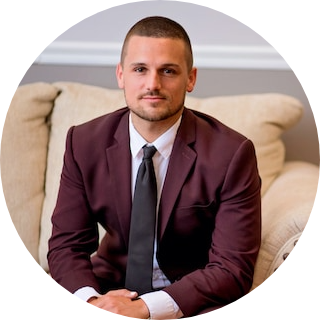 Joe Williams is an attorney with the upstate New York law firm, Copps DiPaola Silverman, practicing primarily in the field of matrimonial, family, and adoption law, as well as assisted reproduction technology law (including egg, sperm, and embryo donations and gestational surrogacy).  Joe’s practice focuses on helping couples and individuals create their families through adoption, assisted reproduction and surrogacy, as well as protecting the legal status of their parentage through adoption and parentage proceedings.

Joe is also the Co-Founder and Director of Surrogate Services for the New York Surrogacy Center, a surrogacy matching agency that helps intended parent(s) create their families through gestational surrogacy.  Joe works primarily with surrogates in the Northeastern United States and intended parent(s) nationwide to facilitate surrogacy journeys and establish parentage for all types of families.

Joe is a two-time recipient of the Albany Law School Equality & Justice Scholarship for his work in advocating for equal rights and justice, particularly for members of the LGBTQ community, and Joe has successfully represented many LGBTQ clients in matters ranging from same-sex divorces, to name and gender marker changes for transgender children and adults, to custody matters involving conflicts among parents regarding their transgender children.  Joe was appointed to serve as a member of the LGBT Family Law Institute, Capital District Women’s Bar Association LGBT Committee, and he currently serves as a Senior Officer for the NYSBA LGBTQ Law Section.  In 2020, Joe worked on an amicus brief to the United States Supreme Court arguing that religious organizations should not be able to discriminate against potential foster parents on the basis of their sexual orientation.

Joe lives in Troy, New York, with his boyfriend, Ben, and their five rescue dogs.